Title: If Found, Please Return
Author: Jilly James
Fandom(s): NCIS, Stargate: Atlantis
Genre/Themes: Drama, crossover, second chances, family
Relationship(s): This story is Tony-centric, and more gen than romance. John/Rodney is the only pairing.
Content Rating: R for adult themes, language, and warnings
Warnings: Canon-level violence, past kidnapping, references to child abuse, cases involving sexual abuse.
Author Notes: Please see notes tab for all notes, inspiration, challenge, spoilers, timelines, and thanks.
Word Count: 55,393
Beta: Thank you, Naelany.
Summary: After Tony is cleared from the attempt by Chip to frame him for murder, his life takes an unexpected turn. The FBI discovers that Tony DiNozzo is the missing son of Patrick Sheppard — kidnapped from the hospital shortly after his birth. 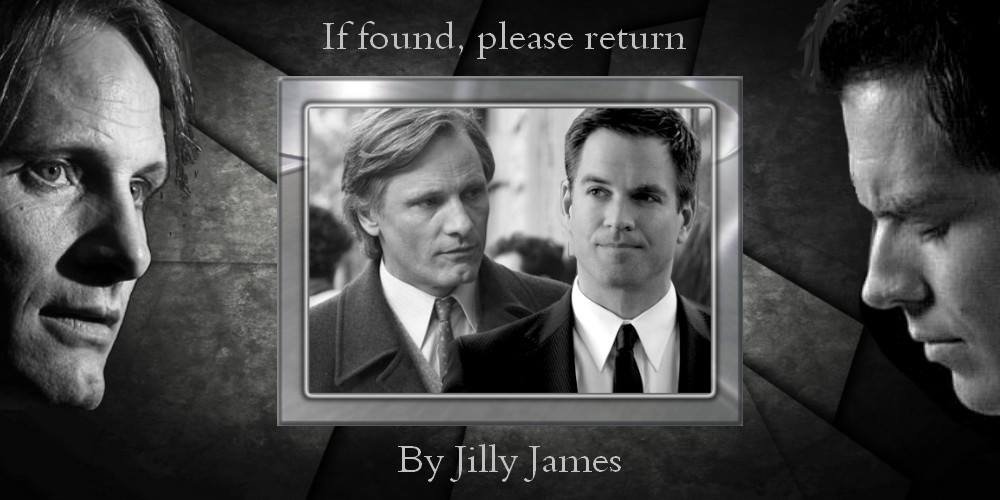 Gibbs’ Rules referenced in the story:

Rule #3: Never be unreachable
Rule #5: You don’t waste good
Rule #16: If someone thinks they have the upper hand, break it

May Be by Yiruma

Author Note: I’m fully aware that familial DNA searches were not being done at a national level back in 2005. Call it creative license, or me being in line with the technology canon of the shows, which absolutely would have done that kind of thing.

Also, I realize DiNozzo Senior is not consistent with how we see him in later seasons. However, it’s my opinion that this is exactly how he was described in the early seasons.

Timeline: I tweaked the timeline slightly for SGA/SG1. It’s hard to say how much since the canon timelines are so wibbly, but it’s pushed out by three or four months, I think.

Story Inspiration: This came about from re-watching Frame-up (NCIS season 3, episode 9). In this episode, someone from Tony’s past frames him for murder. Tony is in the custody of the FBI for a time when they take over the investigation. In the course of the episode, blood on the victim was run, and it came back as a match to Tony. My “what if” scenario is what if there was a match for an abducted child? Specifically, Patrick Sheppard’s third son, who was kidnapped from the hospital shortly after his birth.

Thanks: To Keira for letting me borrow Mattie, who is an original character of hers. I promised to take good care of him and not get him dirty. Patrick Sheppard is a canon character, but I’m also borrowing Keira’s fan cast because that is my headcanon for him!

Also, Cinna Minion was instrumental in getting this story idea fleshed out. She was my sounding board and I can’t thank her enough for the late night chats and all the help. She also came up with the title for me!

Marlislash surprised me with the banner, which was awesome. Thank you!